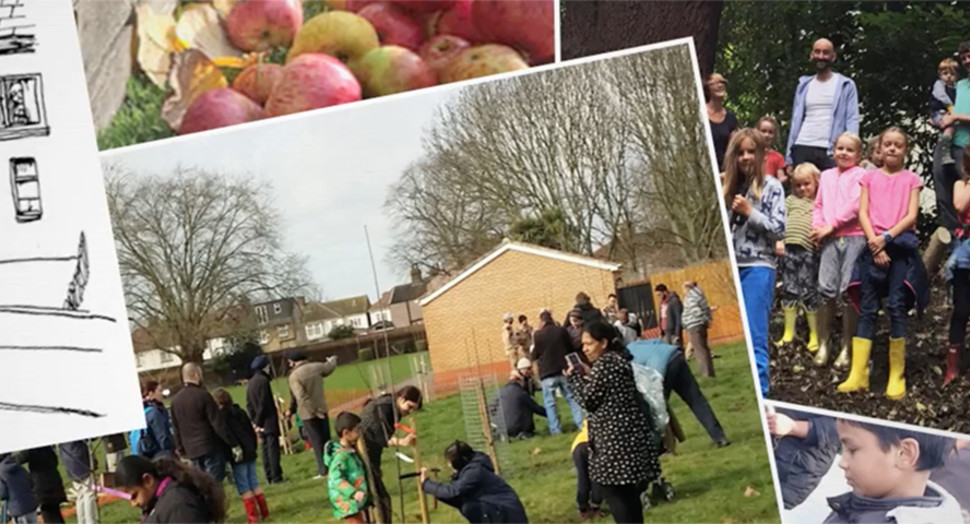 At VF Corporation, we are passionate about helping people pursue active and sustainable lifestyles. Community is essential in this. We believe that when our associates and consumers actively participate in their communities, they are happier, healthier and more productive. One way we put this belief into action is through Timberland’s My Playgreen initiative. Since 2016, Timberland has provided access to greenspaces in some of Europe’s most iconic urban cities. My Playgreen exemplifies VF’s pledge to be a Movement Maker, a pillar of our Made for Change sustainability strategy aimed at encouraging VF associates and consumers to live more active and sustainable lives by contributing to their local communities.

To return nature to our urban areas, Timberland partnered with the Belgium-based King Baudouin Foundation in 2016 to create the My Playgreen Grant Initiative. The program provides up to 5,000 euros to fund local grassroots projects that create better access to greenspaces for children living in five urban European cities: London, Milan, Berlin, Paris and Barcelona.

Timberland funds these grassroots projects because sustainable movements start with communities. “We believe in the power of community groups to turn their neighborhoods into green. This is why we have chosen to reward small-scale projects and those citizens and local charities that work hard to make a difference in their communities,” said Timberland EMEA President, Timo Schmidt-Eisenhart. “Local groups often lack the seed money to get started, but with small support they can have a huge impact around them.”

My Playgreen grants have funded grassroots projects in Milan and London:

Since the introduction of My Playgreen, Timberland has connected over 30,000 children and teenagers to nature in their cities. Additionally, through My Playgreen and other initiatives, we have planted over 9 million trees around the world since 2001 and are on pace to meet our goal of planting 10 million trees by 2020.

Building on the success in Milan and London, Timberland is looking forward to rolling out more grant programs across Europe in the coming years:

Applications for grants in Berlin, Paris, and Barcelona will be available online.

Expanding Boundaries and Shaping the Future with VF Venture Foundry

Technology with a Heart: The Relationship Between E-commerce + Empathy

Human Rights Day: Why People Are Our First Priority

Driving Meaningful Change for the Betterment of People

A Moment Made for Change: Our Journey Continues