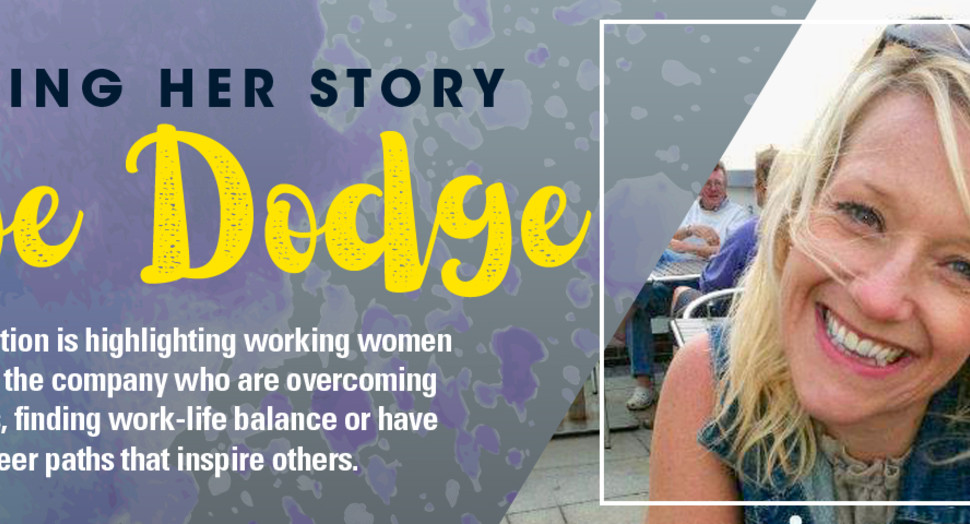 Zoe Dodge has held many different jobs in the footwear and fashion industries, from product development, Asia sourcing to manufacturing innovation. Along the way she confronted many challenges but ultimately landed a role at VF that she relishes.

A native of the United Kingdom, Zoe began in the footwear industry as a company trainee with Clarks in the UK. Looking to expand her career, Zoe applied for a job with Reebok in Boston, but was unable to make the move when she was denied a work visa.

“All of my dreams and aspirations came crashing down. Then they came back and said, ‘Would you consider working in China?’” said Dodge. “I asked my parents for advice and they said to go for it. So, at the age of 21, I packed up all my belongings and moved to Guangzhou.”

The change was enormous. China had only recently opened to Western companies and Zoe was the first registered female expat in China. Most Chinese national associates had not seen a Western woman before. And colleagues often questioned why she was in China and why she wanted to work in the male-dominated industry.

“Being a female in China in the early 90s was very difficult,” Dodge said. “I was expected to be jolly along with all the boys. There was always a lot of colorful language around the fact that I was female. I would walk down the manufacturing line and a colleague would decide they could smack me on the bum. It’s inconceivable these days.”

“As a female in the industry, you had to work so much harder to show you were actually good at what you did. One person said to me, ‘You’ll never survive,’” said Dodge. “But I was not going to be defeated. I always wanted to set a career path that other women could follow.”

In April 2019, she landed her dream job as VF Corporation’s Vietnam Country Director, working with over 140 factories across Vietnam — where a majority of VF manufacturing occurs. Dodge now works with business unit leaders to ensure factories are meeting VF’s commitments and standards in ethical and responsible sourcing.

“It has always been an aspiration of mine to be at VF,” Dodge said. “I’m a huge supporter of the brands and VF has become an aspirational company because of its focus on purpose.”

Dodge is also working to launch VF’s Asia women’s network to make it easier for women to pursue advancement in the industry. She believes gender parity and diversity make for better decision-making.

Her advice for associates in supply chain and across VF is to speak up about their aspirations. “We can help people flourish in their careers, facilitate training and help them get where they want to go,” said Dodge. “But we need our associates to speak up and take that first step.”