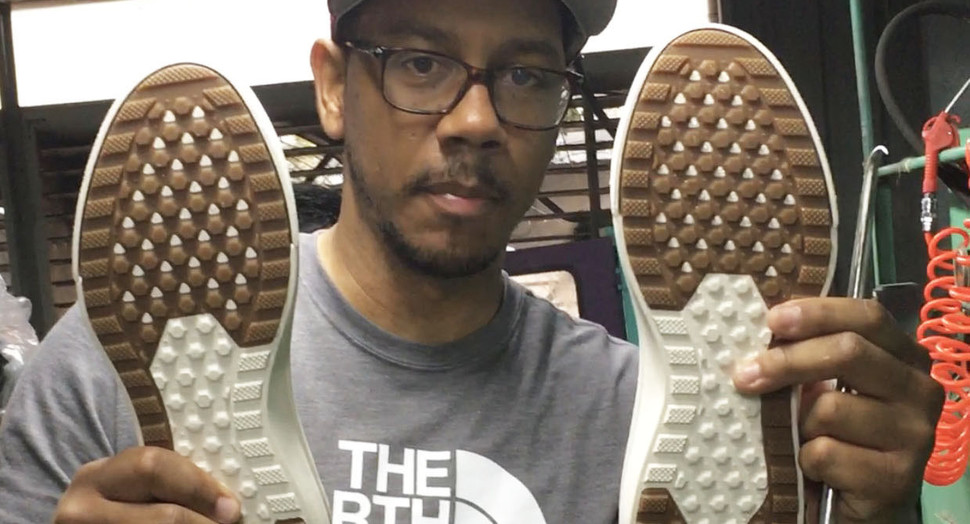 Growing up in inner-city Philadelphia, Dazman Primus dreamed of becoming a famous rapper. The rhythmic delivery of hip hop gave him a voice, as it did many African American teens coming of age in the 1990s. Daz lived to rap.

His mother, Vera, had other ideas. A no-nonsense woman, she raised Daz and his younger sister by a strict set of rules.

“I also wanted to be a comedian, like Will Smith in The Fresh Prince of Bel-Air, but my mom told me, ‘You can’t make a career out of being a comedian and a rapper. You are going to college,’ ” Daz recalled.

“She did a phenomenal job of raising us by herself and putting both of us through college. I was blessed with not only an awesome mother, but also an awesome family. You know how they say it takes a village to raise a kid? I was blessed to have that village.”

By the time Daz turned 18 and set off for Millersville University of Pennsylvania, he’d decided to pursue the only other profession he knew much about: footwear development.

“I was fortunate to have two uncles in the footwear industry — they traveled and had cool shoes. One of them worked at Reebok and did exactly what I do now. He outlined a good academic path for me,” said Daz, who graduated in 2000 with a degree in industrial technology.

After first working as a footwear developer for AND1 and then Fila, Daz landed at Vans in 2005. As Senior Footwear Developer, he manages the process of bringing new shoes to market, working closely with the brand merchandisers and designers as well as the factories in Asia that make the shoes. No detail, from the hardness of the rubber sole to the length of a shoelace, escapes his attention.

“I was excited about this one from the start because it was stepping outside the box for us — totally modern-looking,” he said. “It is a beautiful design, and one of the more technical skate shoes we’ve ever launched. It is bringing new energy to the skateboarding category. I was honored to be a part of it.”

This kind of collaboration and teamwork is just one of the reasons Daz loves his job.

“Vans enables creative expression through and through. It bleeds through our culture and our products,” he explained. “After almost 15 years, I feel like Vans is a family. A lot of companies throw the word ‘family’ around so easily. At Vans, the family piece is real."

Bridging the Gap Between Physical and Mental Wellbeing in the Workplace

VF Corporation Announces $250,000 in Humanitarian Aid to Refugees Fleeing Ukraine and a Temporary Suspension of Commercial Activities in Russia